Then and Now: My Journey from Group Home Staff to Certified CPS Trainer 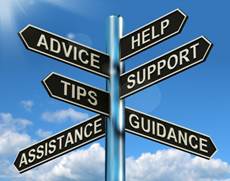 I first heard about CPS about 10 years ago when I was working at a group home for at-risk teenage foster girls. Every week I juggled extreme behaviors and safety issues. These were girls who ran away, had unprotected sex, used drugs, pierced and tattooed themselves in the upstairs bathroom, attempted suicide, used sharp objects to cut on themselves, kicked dogs and cats, refused to bathe, urinated on the dining room floor, ran with gang members, punched holes in walls, put glass in each others’ food, vandalized property, stole things, lied about things, attacked each other, and attacked staff members. My job was to train them to have better, safer behaviors. I was not their “friend” and I was not to let them “manipulate” or “control” me. I was told they could not be trusted; they needed discipline.

I cared for each and every one of those girls, and I did my best to approach them with empathy, but it was truly a struggle to keep the group home structured and safe while still giving them each the amount of individual support they needed and deserved. The more rules we had, the more rules there were to break, and the deeper the divide got between “us” and “them.”  I remember thinking, “CPS sounds great, but it’s impossible. How can we maintain order with such a complicated, enabling model?” We needed rules and consequences; that was how we addressed these challenging behaviors. At the same time, I felt like a broken record constantly repeating the same phrases:

“You just lost your privileges.”

“We’re moving you down a level.”

These phrases, and the tasks related to them, did very little to change the challenging behavior I was seeing. The same issues came up again and again for each girl, and no reward or consequence made it easier for them to suddenly change their behavior and comply with the everyday demands of group home life. The issues were issues, no matter what.  And the more I tried to consequence for repeat infractions, the worse my relationships got with them. It really felt like the staff and I existed in one world and the girls had a whole othe secret world that they would not let us into because they didn’t trust us and they felt we did not trust them. (We didn’t.)  All those rules, all that structure created a barrier that was barely penetrable.

When I imagined what it might be like to implement CPS in the group home, I felt like it required a luxury of time that we did not have at the group home. The situations we were dealing with were too urgent or too concerning for me to take the time to really talk things out with each and every girl. We only had so many staff, and a group home has to operate smoothly with certain things happening at certain times. If not, chaos ensues. I didn’t understand how I could step away from our built-in Plan A’s and move into Plan B conversations, or even into using Plan C, to address concerns. One rule had to fit all. Sorry, ladies. You ALL have to go to group. You ALL have to get in the van to drive to school. You ALL have to eat this “gross” casserole for dinner. You ALL have to go to bed and get up at the same time. You have to shower and do laundry during your assigned slots. No room for flexibility or “issues” with what is assigned to you. Compliance means you complete the program successfully. Non-compliance means either we kick you out of the program or you get so overwhelmed you run away. And either way you haven’t built better problem solving skills to manage your behaviors. 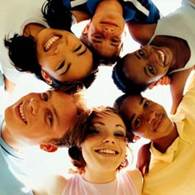 So why did I even work there if it was so miserable? Why did I go somewhere every day where I was going to have a series of verbal power struggles over and over again with these powerfully resistant girls? Well, first of all I had overcome some difficulties of my own in my teen years, so I did have a level of built in empathy for these girls. I wanted to help, and my heart was in it. And second, there were things that felt incredibly good to me about the work I did. Relationships were built, despite all the arguing and scary stuff. These girls were often defined by their behaviors, but underneath it they were real people. Each of them came to us with a reputation and a check list from DHS of what kinds of behaviors they tended to demonstrate. We had our aggressors, our cutters, our self-harmers. But in real life these girls were so much more than that list of behaviors, and we got to see other sides of them during calm moments, when the barrier between us was lessened. Those same girls who put glass in the food, ran with gang members, attempted suicide, and attacked people were also funny, creative, and sweet. They bawled their eyes out at sad movies. During the less stressful moments, I would play the piano and they would sing their hearts out.They made delicious dinners for everyone using recipes from loved ones. They loved to paint each others’ nails, do each others’ hair, write poetry, and doodle roses and daisies on everything. Some of them were quite artistically and musically talented.  They were each one part little girl, one part grown woman. And they were lost, with very few adults (if any) that they could truly trust; they needed someone to listen with empathy rather than judgment. They needed realness and honestly. 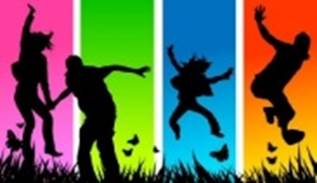 It felt so good when I could break through the trust barriers long enough for me to help them. One girl, I helped her figure out what cemetery her mom was buried in. Another girl, I rode with her in a cop car to identify the house where a grown man got her high on cocaine and raped her. She held my hand tight. And I was with her when she testified to the grand jury. Another girl, I moved her with all of her stuff to a new foster home and I let her listen to whatever music she wanted to in the car. I still have drawings that some of the girls made for me. They hang on my office wall now. So many things, so many memories. It is a difficul thing to only cross paths with people who are going through some of the worst times in their life, the hardest times. It took a lot of resilience for me to keep showing up for them, to not let my stress eat me up and run for the hills.

Long story short, it was the relationships that made me come back everyday. It was the empathy, the true connection I was able to make. This is where the actual healing happened, and it happened in spite of the revolving door of consequences and challenging behaviors. Unfortunately the consequences and routine were my actual job; the other stuff was extra. In programs that utilize CPS, this is flipped around so that everything is done through a lens of empathy and rapport! I wish I had  known then what I know now.

Through the CPS Lens

Each day was different from the next, and the behavior flare upse seemed unpredictable. One minute they were sweet, the next they were falling apart. It was like Jeckyll and Hyde. To only focus on the behavior and not look deeper at what was leading up to it was wrong; it prevented me from recognizing patterns and lagging thinking skills. I see that now. We don’t cure medical illnesses by treating symptoms, we have to get down to the root cause. Same with “curing” behaviors. To solve a problem, we need to actually understand it. CPS asks us to look at the situation through the girl’s eyes. What is she thinking, feeling, and seeing that is causing her to flip out, fall apart, and  unravel?

CPS looks BEYOND and UNDERNEATH the challenging behaviors to see the person who is struggling to solve problems in an effective way. Instead of simply consequencing so-and-so for running away, or hitting a peer, or screaming in my face, or refusing to do a chore, in CPS we look deeper and say, “WHY did she run away? WHY did she hit her peer? WHY is she upset enough to scream at me? Why does she refuse to wash the dishes? What was she trying to solve with that behavior? Because THAT’S what we need to focus on. If we can help her think through that issue in a different way, she will build better problem solving skills, and naturally we will see less challenging behaviors!

Under the surface, most of these girls lived in perpetual fear of a parent, a rapist, an abuser, a place, or a seemingly harmless object like a wristwatch or seatbelt. They were each a time bomb waiting to go off, and there were triggers and fears at every turn. For instance, I remember one girl had a break down because we put mustard on her sandwich; what at first looked like defiance and disrespect actually turned out to be a trigger for very painful memories of her father.  She reacted by screaming and crying because she didn’t have the problem solving skills to say, “I can’t eat mustard because of _________. Please make me another sandwich without it.” Another girl refused to go into the basement to do her laundry. Again, at first we thought it was defiance. It turned out she’d repeatedly been confined and sexually abused in a basement. She had the skills to angrily refuse our laundry request but she didn’t have the skills to explain why in a calm way.  Another girl refused to take the garbage out back to the dumpster behind the garage. Why? I still don’t know, but I bet she had a valid reason. That doesn’t mean she’s off the hook and doesn’t have to help with chores, it just means we hear her issue and help her think about it in a way that can actually solve the problem. Back then, we said, “Do it or lose your phone privileges tonight. In CPS we say, “I understand you have an issue with taking the garbage to the dumster. I’m curious to know a little more about that. I do need you to help with chores but maybe we can figure out a way that you can still help with chores and not have the garage/dumpster issue.”

Everyone’s point of view matters in CPS. As it turns out, CPS IS realistic and it helps us get expectations met in ways that works for all sides without damaging relationships further. And it helps kids build thinking skills and new ways to address obstacles that flair up.  And now, as a professional CPS trainer and the clinical director of a foster care agency, I can tell you with 100% certainty:  The relationships and the empathy are what CPS is based on.  That’s what makes it effective! That gives you your foot in the door and allows room for you to actually break through the barriers between you and the youth.

I get it now. And I’m overjoyed to have the opportunity to share with all of you what I have learned and make it feel realistic for you!

Hello wonderful families! I wanted to take a moment to...

The world has seems to have drastically changed overnight. Social...